William Carey University, whose 2,600 undergraduates study at three campuses in two states was founded in 1906 as the Mississippi Women’s College, the now-coed Baptist university was renamed in 2006 in honor of the 18th century Englishman who spent decades performing missionary work in India and earned international recognition as the "founder of modern missions."

William Carey Unviersity is one of America’s most affordable private colleges; more than 90% of students receive some type of financial aid.

The SAGE Scholars Tuition Rewards Consortium is a unique private college enrollment marketing tool to fill a "traditional" freshman class. Our member colleges & universities are able to identify prospective students from families who are actively saving and planning for higher education or work for a company that provides good benefits... and who have indicated interest in attending a private college. SAGE Students tend to be well qualified - both academically and financially.

Employees of companies which offer voluntary benefits through select national insurers, or who partner directly with SAGE can earn guaranteed college scholarships for use at over almost 425 private colleges and universities across the United States, for their children, grandchildren, nieces or nephews, based on their 401(k), 403(b), profit-sharing or other company sponsored retirement savings plan. Tuition Rewards is available nationwide through over 135,000 participating employers. What could be better than helping to make the ever-escalating cost of college more affordable for your employees? Tuition Rewards should help give your company an edge in workplace satisfaction - and in attracting and retaining talent.

"The program helps differentiate Harleysville Savings Bank in an industry with commoditized products, and it gives customers reason to stay with the bank."

Florida College, which is launching a bachelor's degree program in nursing this fall and recently announced a new communications degree with a specialization in mass media, has joined the SAGE Scholars Private College Consortium. Seventeen Florida private colleges now participate in Tuition Rewards.

Providing a liberal arts and sciences education with a Biblical perspective, Florida College is located in Temple Terrace along the banks...
read more

Founded in 1867 by the Episcopal Diocese of North Carolina to make education available to newly-freed slaves, SAU has developed more than a third of all African-American priests in the...
read more

Home to 2,700 undergraduates, Seattle Pacific is located on a 43-acre campus in a residential neighborhood on the north slope of Queen Anne Hill, only 10 minutes from the heart of downtown. Founded in 1891 by the Free...
read more 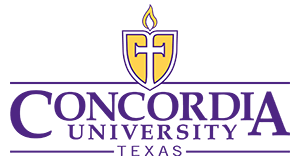 Environmental Stewardship, the responsible use and protection of the natural environment through conservation and sustainable practices, reigns at CTX, which is conveniently located minutes from...
read more