Hannibal-LaGrange University (Hannibal, MO), with the motto "Knowledge for Service" and a mission to provide an excellent liberal arts education in a distinctively Christian environment, is a four-year liberal arts institution fully accredited by the North Central Association of Colleges and Schools. How HLGU Stands Out:

Unapologetically Christian. Our commitment to Jesus Christ is at the heart of who we are. HLGU is affiliated with the Missouri Baptist Convention (Southern Baptist). While many students are Baptist, most other denominations are represented on campus.

Just the Right Size. With about 1,150 students and a 14:1 student/faculty ratio, HLGU is sized right for personal attention from faculty and staff. Most classes have less than 20 students, providing for more interaction.

The campus, 100 miles north of St. Louis, is situated on 110 acres of scenic hills and woods on the bluffs above the Mississippi River -- only minutes from historic downtown Hannibal, within walking distance to retail stores and restaurants. 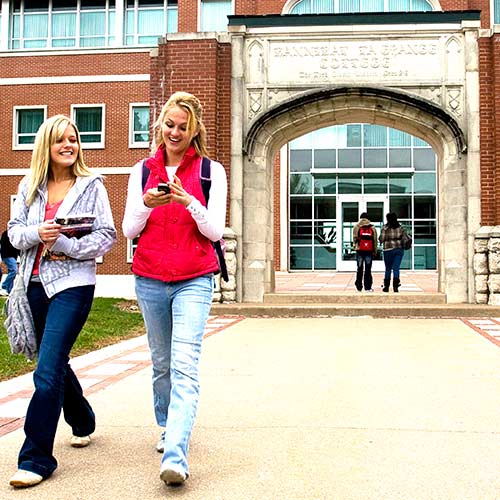 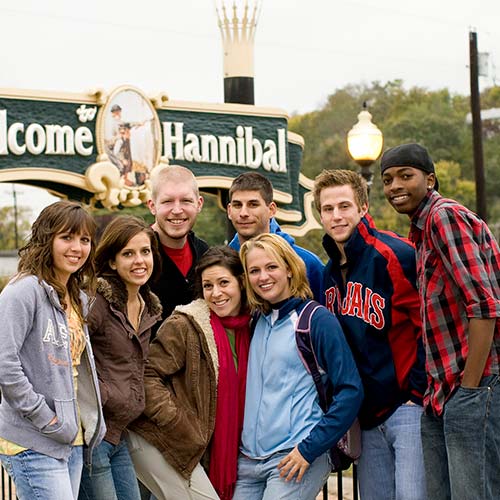 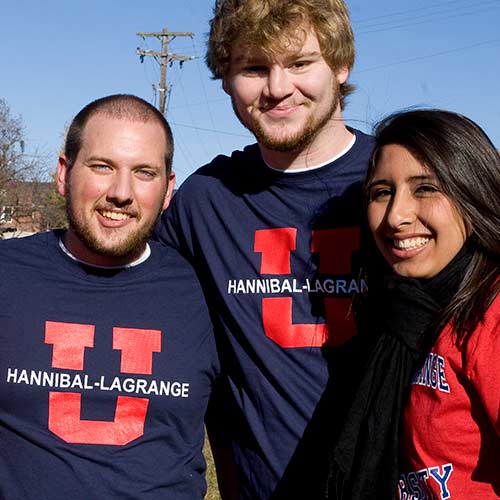 Established in 1858, Hannibal-LaGrange University provides an excellent education in a co-educational environment which instills character building principles and Christian ideals. While HLGU has grown physically far beyond what its founders could have imagined, it has remained true to its original spiritual and educational mission and continues to serve as both a community of faith and a center of academic achievement. HLGU has a rich history, including the 1928 move from LaGrange, Missouri, to its present site in Hannibal, which was made with the support of the Hannibal Chamber of Commerce and the area community. The University began offering four-year degrees in 1981. In 1989, Hannibal-LaGrange University suffered the loss of its administration building in a catastrophic fire. Located in this building were the administrative offices, cafeteria, gym, auditorium, and classrooms. Amazingly, only one day of classes were missed as a result of the fire. College personnel responded to the challenge immediately and relocated classrooms and offices to other buildings on campus. The fire served as a catalyst for significant growth for Hannibal-LaGrange University. HLGU then conducted the most successful capital campaign in the history of the University, which more than doubled the space lost in the 1989 fire. Having been built on a great tradition of Christian higher education, Hannibal-LaGrange University has withstood many tests throughout its long history. Through each period of adjustment and change, HLGU has emerged stronger and more determined to carry out its vision of equipping students with “Knowledge for Service.”

The mission of Hannibal-LaGrange University is to provide an excellent education in both liberal arts and professional disciplines in a distinctively Christian environment that integrates Christian faith and learning in preparing graduates for both personal and career effectiveness.