Founded in 1844, Hillsdale College is a coed, residential liberal arts college that operates independently of federal and state subsidies and is located on a picturesque 400-acre campus in southern Michigan.

A rigorous academic program rooted in the spiritual and intellectual truths of the Western Heritage is guided by an accomplished and nationally recognized teaching faculty and culminates in the bachelor of arts or the bachelor of science degree.

Academic excellence and a vibrant student life work together to "develop the minds" and "improve the hearts" of approximately 1,460 talented students from nearly every state and a dozen foreign countries. 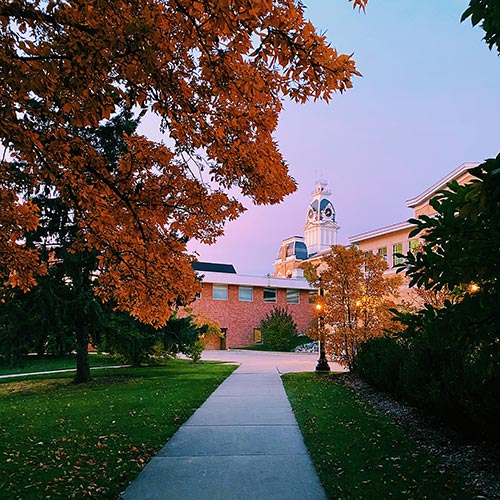 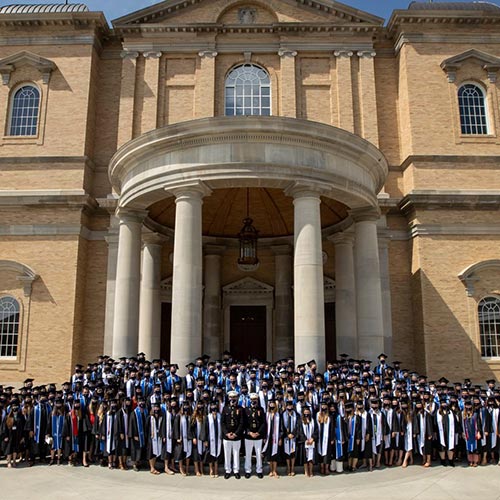 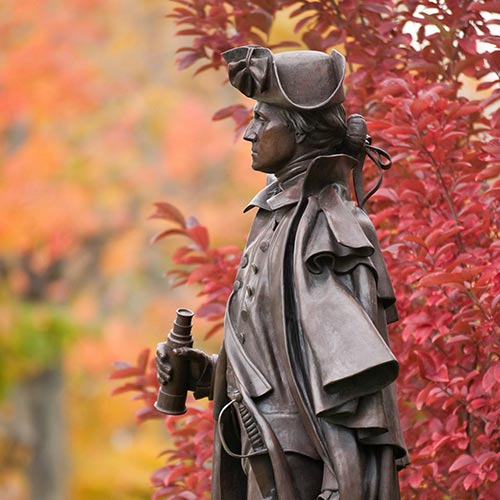 Hillsdale College was founded as Michigan Central College in Spring Arbor, Michigan, in 1844. Nine years later it moved to Hillsdale and assumed its current name. As stated in its Articles of Association, the College undertakes its work “grateful to God for the inestimable blessings resulting from the prevalence of civil and religious liberty and intelligent piety in the land, and believing that the diffusion of sound learning is essential to the perpetuity of these blessings.” Though established by Freewill Baptists, Hillsdale has been officially non-denominational since its inception. It was the first American college to prohibit in its charter any discrimination based on race, religion, or sex, and became an early force for the abolition of slavery. It was also the second college in the nation to grant four-year liberal arts degrees to women. Professor and preacher Ransom Dunn, who would serve Hillsdale College for half a century, raised money to construct the new hilltop campus in the early 1850s by riding 6,000 miles on horseback on the Wisconsin and Minnesota frontier. It was largely through Dunn’s efforts that Hillsdale would survive while over 80 percent of colleges founded before the Civil War would not. A higher percentage of Hillsdale students enlisted during the Civil War than from any other western college. Of the more than 400 who fought for the Union, four won the Congressional Medal of Honor, three became generals, and many more served as regimental commanders. Sixty gave their lives. Because of the College’s anti-slavery reputation and its role in founding the new Republican party (Professor Edmund Fairfield was a leader at the first convention), many notable speakers visited its campus during the Civil War era, including Frederick Douglass and Edward Everett, who preceded Lincoln at Gettysburg. Hillsdale’s modern rise to prominence occurred in the 1970s. On the pretext that some of its students were receiving federal loans, the Department of Health, Education, and Welfare attempted to interfere with the College’s internal affairs, including a demand that Hillsdale begin counting its students by race. Hillsdale’s trustees responded with two toughly worded resolutions: One, the College would continue its policy of non-discrimination. Two, “with the help of God,” it would “resist, by all legal means, any encroachments on its independence.” Following almost a decade of litigation, the U.S. Supreme Court decided against Hillsdale in 1984. By this time, the College had announced that rather than complying with unconstitutional federal regulation, it would instruct its students that they could no longer bring federal taxpayer money to Hillsdale. Instead, the College would replace that aid with private contributions. Hillsdale continues to carry out its original mission today, both in the classroom and nationwide, through its many outreach programs, including its monthly speech digest, Imprimis. A prayer written in the Bible that was placed inside the 1853 cornerstone of Central Hall reflects its continuing commitment: “May earth be better and heaven be richer because of the life and labor of Hillsdale College.”

Hillsdale College is an independent institution of higher learning founded in 1844 by men and women “grateful to God for the inestimable blessings” resulting from civil and religious liberty and “believing that the diffusion of learning is essential to the perpetuity of these blessings.” It pursues the stated object of the founders: “to furnish all persons who wish, irrespective of nation, color, or sex, a literary, scientific, [and] theological education” outstanding among American colleges “and to combine with this such moral and social instruction as will best develop the minds and improve the hearts of its pupils.” As a nonsectarian Christian institution, Hillsdale College maintains “by precept and example” the immemorial teachings and practices of the Christian faith. The College also considers itself a trustee of our Western philosophical and theological inheritance tracing to Athens and Jerusalem, a heritage finding its clearest expression in the American experiment of self-government under law. By training the young in the liberal arts, Hillsdale College prepares students to become leaders worthy of that legacy. By encouraging the scholarship of its faculty, it contributes to the preservation of that legacy for future generations. By publicly defending that legacy, it enlists the aid of other friends of free civilization and thus secures the conditions of its own survival and independence. 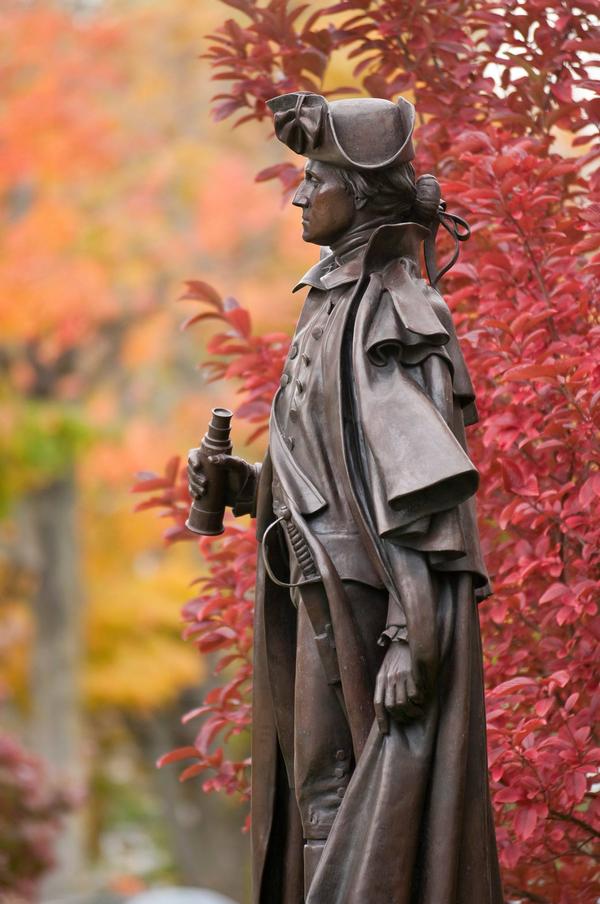 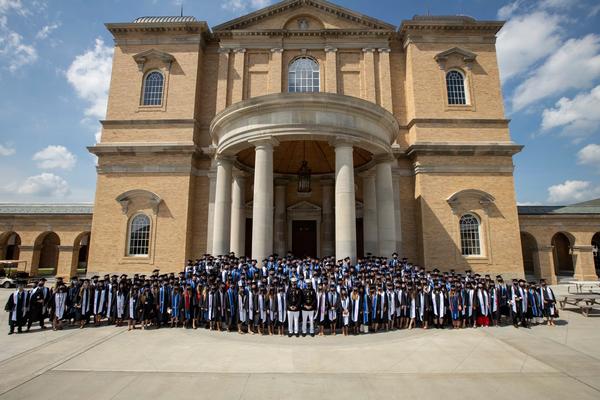 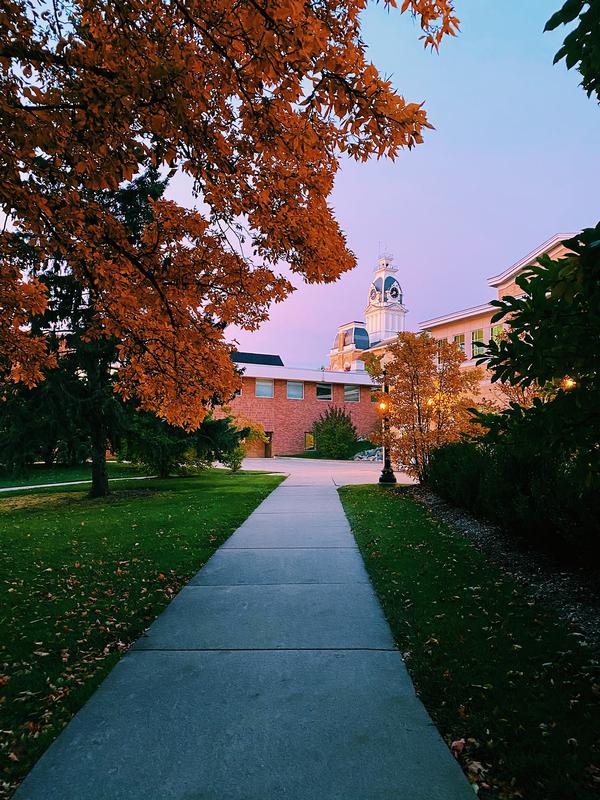 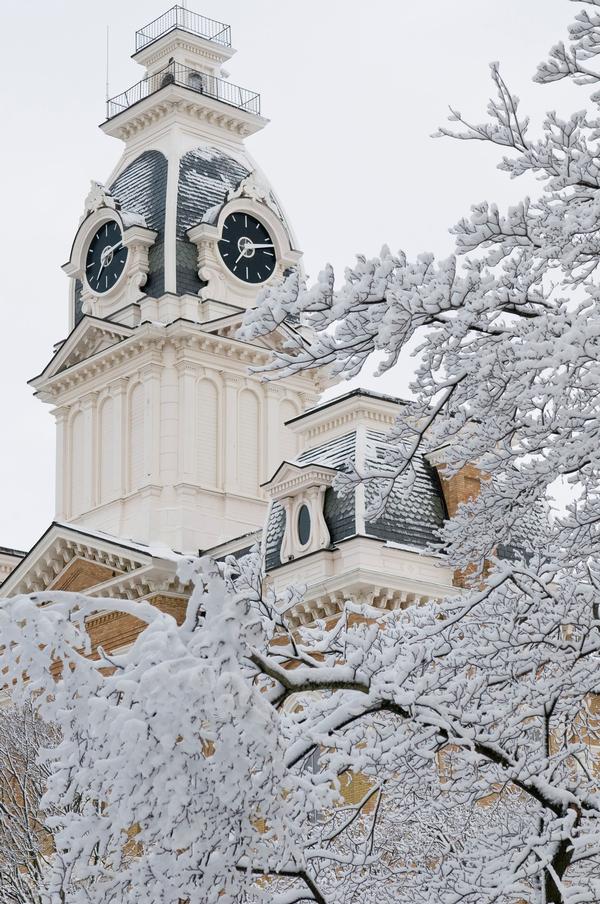