SAGE Scholars Educational Foundation has created SAGE Secure, the first no-cost accidental death benefit for the family of students enrolled in one of the over 440 SAGE Scholars member colleges and universities nationwide.

SAGE Secure is designed to help prevent the student from suffering financially and possibly dropping out of school if his or her family’s primary wage earner dies from an accidental bodily injury.

“We recognize the devastating impact the sudden death of a student’s parent or the main source of support has on the family’s financial health and specifically the ongoing ability to afford and attend college,” says Dr. James B. Johnston, founder/chairman of SAGE Scholars, the parent organization.

“This is why we are committed to providing financial assistance that eases the grieving process for our member students during this incredibly difficult time,” he adds.

According to Dr. Johnston the amount of the SAGE Secure Scholarship will be $5,000 or the “expected family contribution, whichever is the lesser.”

Bob Bartlett, president of the Michigan Colleges Alliance, commented, “for a quarter century, SAGE Scholars has been a forerunner of affordability and student access in private higher education. The SAGE Secure program is another example of SAGE ingenuity and leadership at a time of unprecedented need in college financing.” 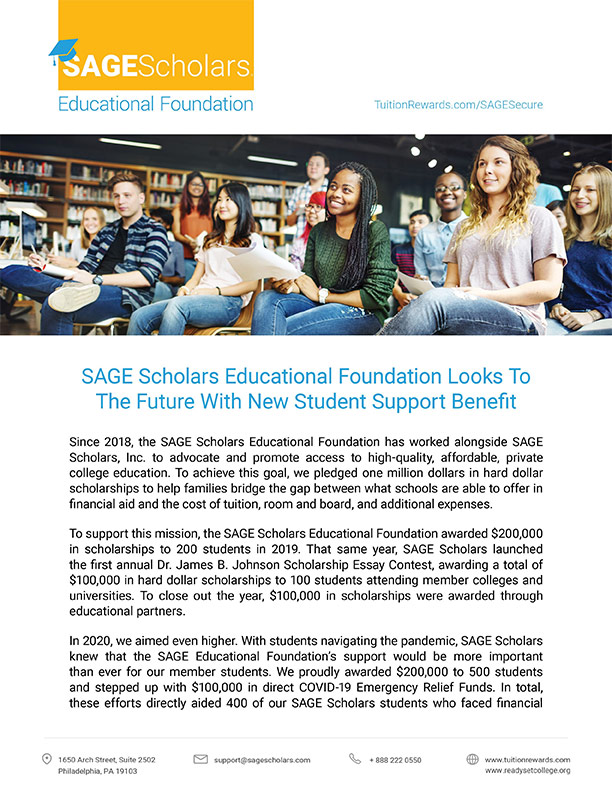 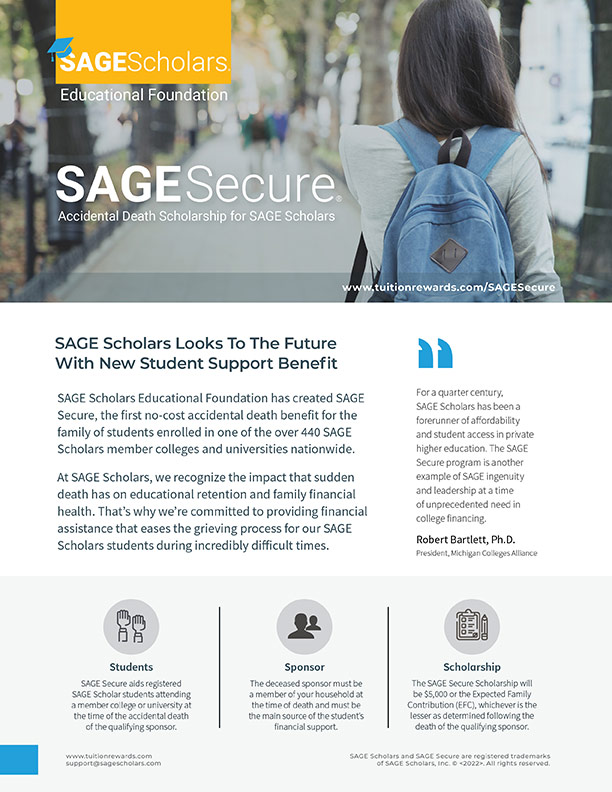 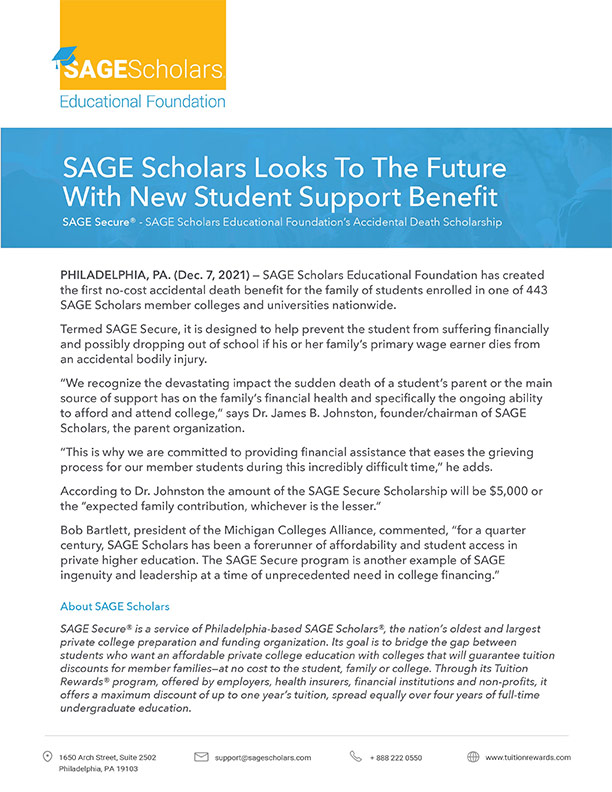 The SAGE Scholars Educational Foundation will award a SAGE Secure Scholarship in the event of the death resulting from an accidental bodily injury of a qualifying student’s sponsor under certain conditions.

In no event will a SAGE Secure Scholarship be awarded where death is caused by any of the following: 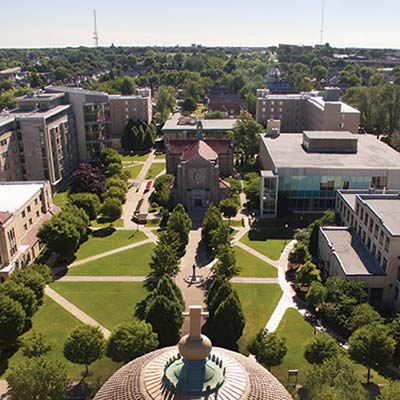 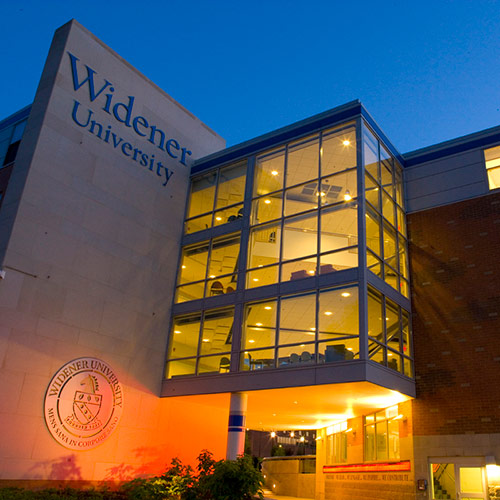 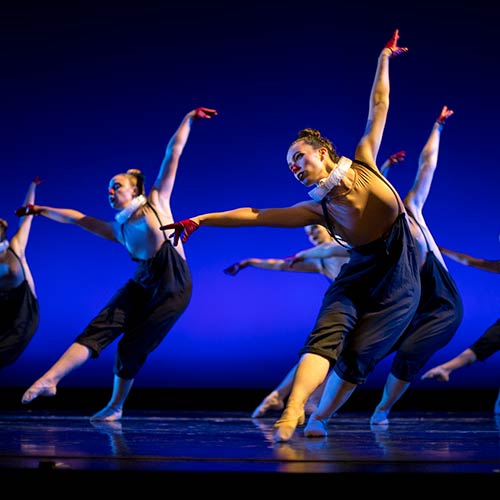