Finishing college has a huge impact on future health. According to the CDC1, college graduate who is currently 25 years old will live 60 additional years on average, as opposed to 48 years fora 25 year old who didn’t finish high school (Figure 1) In any given year, a college graduate is less than half as likely to die than someone who never attended college.

College graduates also have lower rates of many chronic conditions:

Figure 1: Remaining Years of Life for U.S. Adults at Age 25 by Educational Attainment, 2005

Many people assume that health care is the main determinant of life expectancy and health in general. This is actually not the case. Public health research has shown time and again that health care is just one of many determinants of health and longevity. The University of Wisconsin has developed a model that examines the various factors that impact health. According to their County Health Rankings model2, 30% of health outcomes are determined by health behaviors such as tobacco use, diet and exercise, 40% by social and economic factors such as education, employment and income, 10% by physical environment, such as environmental quality and 20% by medical care itself (Figure 2).

A major socioeconomic factor that impacts health is education. A multitude of studies have shown that the more education one has, the longer one lives, and the healthier that life is as well. These studies have shown that while the greatest difference in health and life expectancy are between those who have completed college and those that didn’t finish high school, there is a significant difference in life expectancy between those who completed college and those who started but didn’t finish college. Some studies3 have suggested that education may be more important than income in determining future health. A New York University study4 published in 2015 showed that finishing college has a greater effect on future mortality than quitting cigarette usage.

There is evidence that education also lowers health care spending. Studies involving people receiving Medicare and Medicaid benefits show that those with more education have lower health expenditures over a several year period. In a Rand Corporation study8 the average lifetime Medicare expenditure for a college-educated woman was $2300 less per year than for a woman who didn’t finish high school. Other studies have shown that having risk factors for chronic diseases such as heart disease and cancer lead to more health care expenditures in the future than those without these risk factors. People with higher education levels have fewer risk factors for chronic diseases, and thus should have lower health expenditures.

Health care becomes better at treating individual diseases with each passing decade but has also become much more expensive. At the same time, the value of preventive care was neglected for years, but has become a central feature of the Affordable Care Act. This makes the function of health care and of health insurance as well, more equally split between preventive care and care for health conditions. It also makes health insurance in America far more essential and desirable than before. While the rise of health care spending nationally has slowed in recent years, it is predicted to increase again. By 2025, health care spending may account for 20% of America’s gross domestic product. Increases in prevalence in chronic health conditions accounts for a lot of this expected increase.

There is ample evidence that education, especially completing college, reduces health risk factors, improve overall health and longevity, and reduces health care spending. Promoting education can be looked at a major part of a sound strategy for improving the health of the American populace. It would be both socially and economically beneficial to health insurers to participate in programs that attempt to improve the education level of our nation’s young people. It can be looked at as a preventive health benefit that has been proven to improve health, like cancer screening tests and diabetes screening. 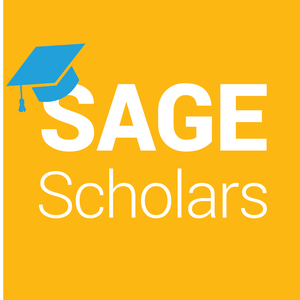 At SAGE Scholars, we deeply believe in the value and quality of private higher education. Our mission is to provide access to affordable college opportunities while bringing together families, colleges & universities, and benefit providers to create college funding solutions. Since 1995, SAGE Scholars has bridged the gap between students who want a quality private college education and colleges that will work closely with member families to ensure affordability — all at no cost to the student, family, or college. As the nation’s oldest, largest, and most trusted private college preparation and funding organization, we’re providing families with the guidance and resources they need for every step of the college process. View all posts